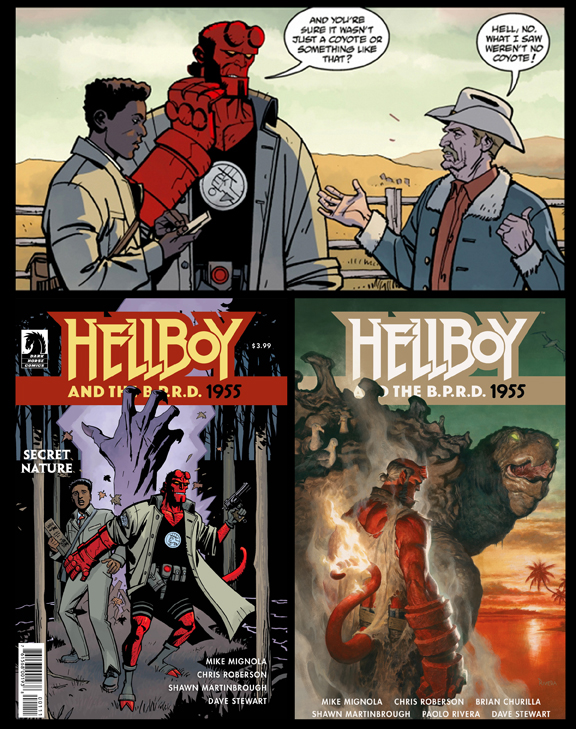 “Despite a quarter-century of professional comic-book illustrating — and having drawn some of the most popular superheroes ever — artist Shawn Martinbrough still had a “bucket list” character who had escaped the lines of his pencils for so many years.

“Hellboy”, the stone-handed, horned creation of Mike Mignola, had always been one of Martinbrough’s favorite characters. Mignola’s early years drawings for Marvel and DC Comics were a heavy influence on Martinbrough as a young artist.”-The Washington Post