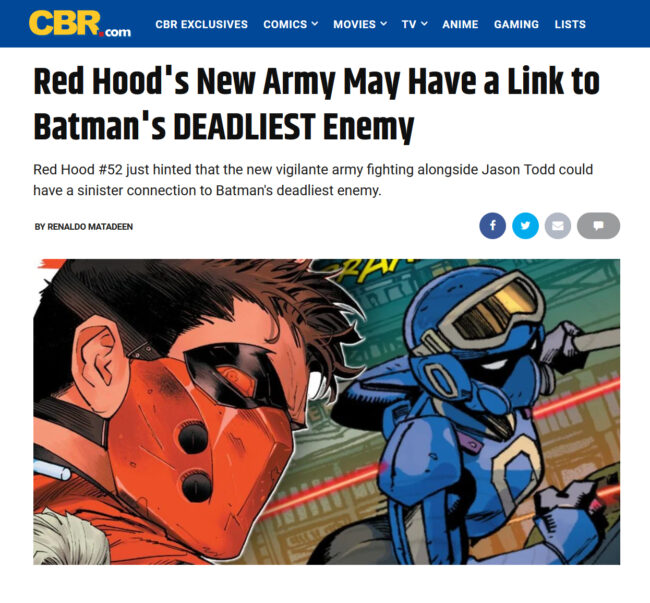 “After the toll “Joker War” took on the Bat Family, Red Hood has now shifted focus to Jason Todd as he tries to reinvent himself in the Hill…unfortunately, a criminal fashion mogul in the vein of Jared Leto’s Joker called Tommy Maxx is wreaking havoc in a turf war.

But in Red Hood #52, that’s the least of Jason’s worries as he discovers a group of vigilantes there may be tied to one of Batman’s deadliest enemies: the League of Assassins.”-Renaldo Matadeen/CBR